You are here: Home / TV / Asylum of the Daleks and Steven Moffat’s Edinburgh comments [no spoilers]

I’m just back from the Filmhouse in Edinburgh and the second ever screening of the season 7 opener, Asylum of the Daleks, for Doctor Who. London had the first screening; New York and Canada are still to come.

There have been no spoilers leaked from these screenings yet. There’s only a week until Doctor Who returns to the tellyboxes so unless the American and Canadian Whovians mess up – season 7 should start with a bang. Needless to say, Geek Native is not going to buck the trend, ruin all the hard work and reveal spoilers in this post. If you’ve been in any of the preview screenings then don’t reveal any spoilers in the comment section either – although spoiler free discussion is welcome.

But, wait, what was Asylum of the Daleks like? I was deeply worried how they could carry on with credibility from the end of season 6. Needless to say Moffat manages and, I would argue, exceeds my expectations. You might guess it features Daleks. Matt Smith is on record saying that this makes Daleks scary again. The companions also feature and it is good to see Amy and Rory again. There may, or may not, have been explosions.

Still itching for more? Here’s the season trailer that BBC America have released.

What this post can get into is the Q&A with Steven Moffat that happened after the preview screening.

“… it’s down to me and Simon Cowell to keep the fabric of society together.”

He reeled at that quote, amazed that he had said it and joked that he may have been drunk at the time. You can find the transcript here if you’re curious.

The Doctor Who movie?

Moffat was asked about the possibility of a Doctor Who movie. We didn’t get into the suggestions from some of Hollywood that they’re off to make their own movie, though.

Steven Moffat would be very happy to see a Doctor Who movie. Having the TARDIS on the big screen would be magic.

However, Moffat stressed that Doctor Who’s heart is as a TV show. That’s the “mother ship” and no movie should distract from that.

Will we have a female Doctor?

Steven Moffat’s response to the female Doctor question was two-fold. He asked for a show of hands – would you continue to watch Doctor Who if the Doctor regenerated as a woman or would you stop watching? The vast majority of this Who-fanatic audience raised their hands to signal they’d keep watching.

It’s certainly interesting that Moffat’s mulling over the question enough to canvas for opinions. He also pointed that the Timelord lore does allow for the possibility and he, himself, had written an episode where it is referred to. He told the audience that the more it is discussed the more it is likely to happen.

Does the BBC contribute enough money to Doctor Who?

Moffat was not keen on money questions. However, of the course of two related questions he made it clear that the BBC looks after Doctor Who well. They know the importance of the show. He also joked that he’s always going to want more money. It’s like happiness. If someone asked you if you wanted to be more happy wouldn’t you say yes?

Why does the Doctor have such enduring popularity?

There was some discussion and suggestion from the audience that the Doctor was a popular anti-hero – someone who represented the alternative from corrupt government and big banks and that was especially relevant in today’s culture.

Moffat wasn’t so sure. He asked whether we ever respected politicians and bankers.

A key point that Steven Moffat made about the Doctor’s popularity was that there was a lack of arrogance. The Doctor isn’t a “professional hero”, explained Moffat, out to correct the wrongs of the galaxy. He just wants to go about his day but his heart wouldn’t let him pass on by someone who needs help.

Could Grant Morrison write for Doctor Who?

Steven Moffat admitted that he and his team did like to look out of the usual circles for writers in order to bring fresh ideas. However, he stressed that Doctor Who is an incredibly hard show to write for. Any writer without TV experience was likely to make a mess of the show.

So, could the Scottish comic book author Grant Morrison write for Doctor Who? It seemed unlikely but it certainly wasn’t ruled out. The final word was; it could happen. 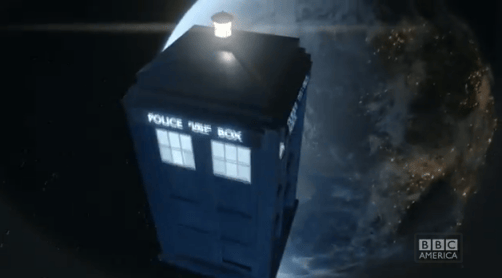 Good summary. I’ve added some more comments here which you didn’t cover – http://gallifreybase.com/forum/showthread.php?p=6038583#post6038583 Also, regarding the female Doctor, someone suggested giving a female actor a “trial” of a few episodes, but he added that it would be harsh to say “Thanks love, on your bike now” Regarding the question about budget – “did he have enough money to make the show”?, he got quite heated on it and didn’t want to talk about money, but pointed out what a stupid question it was. He said there is never enough as you’d like, its like asking “do you have enough… Read more »

i was in the canadian screening, 80 lucky fans it was terrific and mind blowing, and thats all im going to say.

I hope you enjoyed it. What’s your confidence on the Canadian audience – if there’s a leak; do you think it’ll come from you guys? 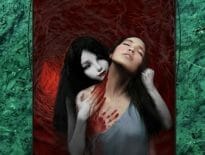 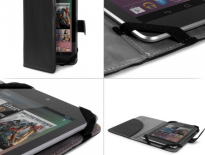