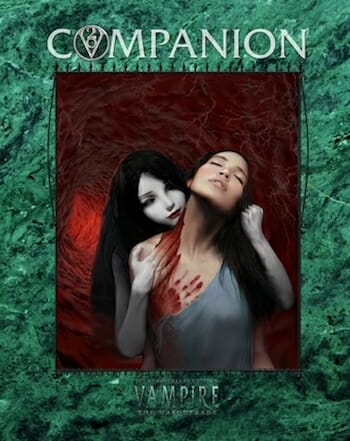 It’s been 20 years since the launch of White Wolf’s Vampire: The Masquerade. The publisher, now part of CCP, are marking the occassion. The first supplment released for the 20th anniversary edition of the game is the V20 Companion.

The Companion is designed to dig into those extra questions that experienced V:tM players may have. It looks at how well and how vampires use modern technology, studies titles and prestation in kindred society and occult locations throughout the World of Darkness. The book is written by Justin Achilli and Eddy Webb.

What sort of question does V20 answer? As it happens White Wolf give us this samples (but no answers).

Can a Prince command a Priscus?

How have the Anarchs fared during the modern nights?

Can the Harpies declare a boon null?

The book is available at DriveThru RPG in PDF, Hardcover and combo delivery.

Which questions about Vampires do you think White Wolf should have answered in the book? 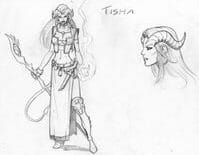 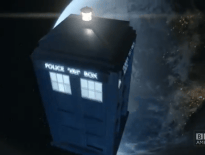 TV Asylum of the Daleks and Steven Moffat’s Edi…
wpDiscuzComment Author Info
Manage Cookie Consent
This site uses cookies 🍪, and links are ads that may earn bloggers some money 💰, and with this alert, I very much hope that these dark truths 🧌 are acknowledged.
Manage options Manage services Manage vendors Read more about these purposes
Preferences
{title} {title} {title}
Loading Comments...