You are here: Home / Geek Stuff / Cool Tech / Turn your phone into a robot – meet Romo 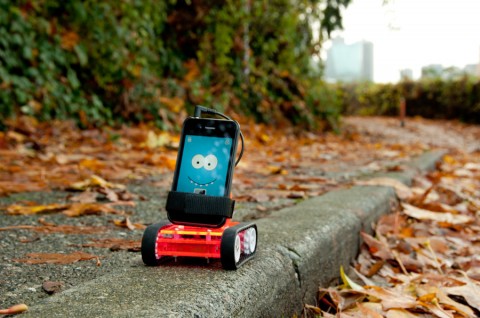 I think this is a good idea – but let me know if you disagree. Romo was a Kickstarter project that funded last year and raised just just of $115,000. It lets you turn your smartphone into a robot.

Romo is still pretty basic but, we’re told, he’s fast learner. This is him messing around to some generic Apple music while discovering the edge of his world.

The construction is still pretty basic. I know this looks crude but I suspect it makes it easier for Romo to support more than model of phone. 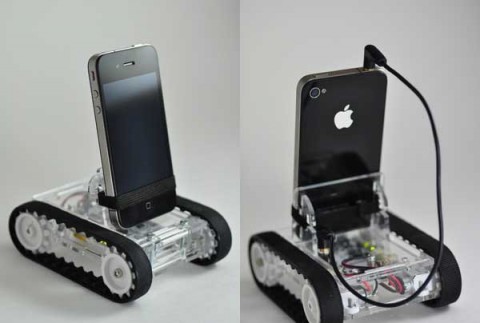 As long as the band can hold the phone and all the connectors can be squeezed in – you should be ready for phase 2. Phase 2 is finding an app that will let you control Romo and there are a few. It’s clear the Romotive want the community to chip in and build more apps for Romo. I think they probably will.

Speaking of what Romo might be able to do – I’m slightly concerned he’ll not be on our side come the robopocalypse. This is video evidence of him terrorising Leo the hamster*.

* Not really. The ball was empty. Phew.

I like the idea of a little robot guarding my flat while I’m out. I like the idea of it being able to show me what it sees. I’m not so keen on having to sacrofice my phone to enable that. Mind you; as people upgrade devices there are more and more spare phones – so perhaps the market Romotive needs to talk to in order to find commerical success.

Turn your phone into a robot – meet Romo 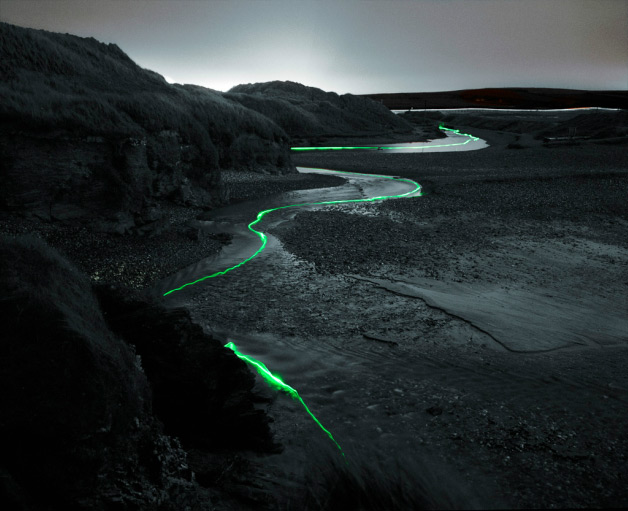 Art The mighty Xenomorph Rex
💰 Copper Coins 💰 Geek Native is an affiliate and may earn commission on purchases you make from third-party sites.
🍪 Privacy & Cookies 🍪 The site uses cookies to survive. By accessing the site, you agree to use your browser to control cookie use or take 1d4-3 privacy damage (tracking). If you defeat cookies via ad blocking, please consider the Patreon. An intro to cookies, and how to control them, can be found here. I Manage Cookies