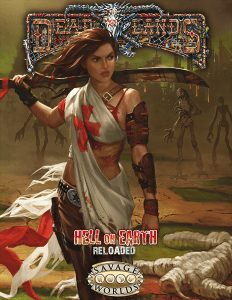 Pinnacle Entertainment have made a Savage Worlds version of Hell on Earth available. Hell on Earth Reloaded, by Shane Lacy Hensley, hit the virtual shelves on the 28th.

Hell on Earth Reloaded is set in 2097, a future in which ghost rock bombs dropped in the Last War and reduced the world into a Deadland. The Reckoners came next, the Four Horsemen of the Apocalypse, who killed billions more and brought monsters to the world.

The Reckoners were met by betrayal. Dr. Darius Hellstromme, once a servant, formed the Iron Alliance, trapped and transported the Reckoners off the planet. But the monsters remain, the world sits in ruins, ghost rock storms swirl around the shells of cities and possessed cyborgs run rampant over the High Plans.

Deadlands is a weird west setting, Hell on Earth takes that vibe and makes it post-apocalyptic. 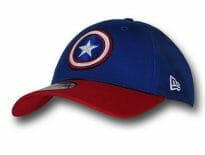 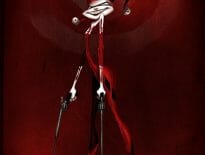