Things from Another World say, on the 2nd printing of the Star Trek: The Next Generation and Doctor Who crossover, say “They said it would never happen!“

What do you think? It has happened. There is an official IDW publishing Star Trek / Doctor Who crossover. Do you love it? Is this two favourite sci-fi series coming together for glory and all things cool? Or is this a terrible idea?

In Assimilation2 the 11th Doctor finds himself allied to Captain Jean-Luc Picard and the USS Enterprise crew. Why? To battle against the Borg-Cyberman collective. Those two would team up. Right?

I think the cover of issue 3 is most interesting… 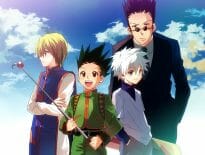