My first thought was “Don’t call it Sherlock” which was rather cruel. As it turns out, David Tennant‘s new – still without a name – TV series admits its inspiration openly. The series will be based on the Danish mega hit The Killing.

The Danish The Killing, which has already inspired an American cover, follows Detective Inspector Sarah Lund who has one seriously nasty case to crack before transferring to the Swedish police force. A third series is in production.

This will be a gritty show and it might be quite slow moving. David’s character will be one who solves crimes his colleagues cannot.

“This is not just another detective show with a quirky sleuth. There is more to it. It will be in the same vein as The Killing in that it will be suspenseful — just when you think you know what’s going on, David’s character will turn the whole thing on its head.

“It’s a challenging role but one he is relishing.”

It is understood that the series will have a budget of about £1m, go into production this year and air very early in 2013 on ITV. 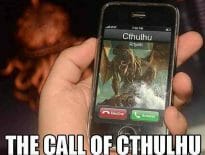 Geek Stuff The Call of Cthulhu 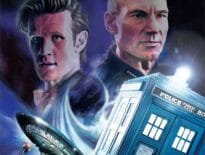