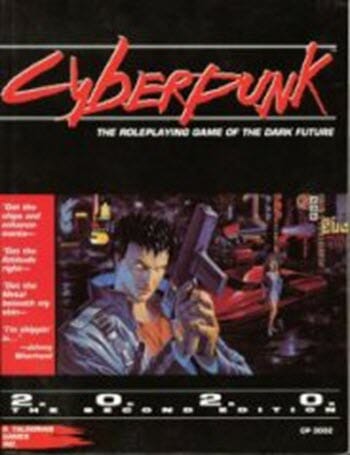 The Polish games company behind the very popular The Witcher computer RPG announced yesterday that it would be making a new computer game based on the Cyberpunk pen-and-paper RPG from Mike Pondsmith.

It’s expected that the CD Projekt Cyberpunk game will share many of the features of The Witcher series. Players are likely to face morally ambiguous choices, influence not only the fate of individuals they encounter but the wider world. The Cyberpunk CRPG will be mature, demanding and non-linear.

For over two decades, I’ve been proud to say that Cyberpunk’s been the gold standard of what it means to be a true cyberpunk game. And it’s been a huge success for me and our many fans, with over 5 million players worldwide. But over all that time we haven’t found the right team to bring our cyberpunk world to full digital life – until now. CD Projekt Red is the team we’ve been hoping for. Their incredible work on The Witcher and The Witcher 2 shows that they share the same dedication and love of great games that we do at Talsorian.

I’m especially stoked that they want our participation in making this game a fantastic project that will live up to everything Cyberpunk fans (old and new) have been waiting for. Trust me – this game is going to rock.

What do you think? On the scale of “Great news!” to “Uh-oh!” where does this land?