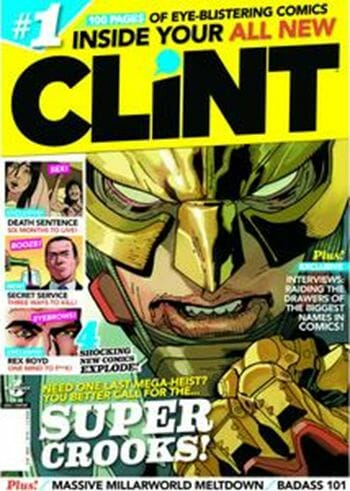 This review is written by a comics geek who did not dive into Mark Millar’s CLiNT. I can’t articulate why I made that decision. Not in any credibly comprehensive way other than to um and err and mutter about commitment versus reward.

CLiNT 2.1 gives me me and anyone else in my shoes a second chance. This is still CLiNT but it’s a new arc.

The highlights are strong; we have the first chapter of Supercrooks, The Secret Service, Death Sentence and Rex Royd: Invasion. That’s why it’s a second chance. All these first chapters and all these movies in waiting.

Supercrooks is my favourite (it’s up first too) – after getting their arses handed to them by a super, but needing to get their hands onto a lot of money quickly, a band of crooks decide to go to Spain. Why? Less bloomin’ superheroes.

Supercrooks is a Mark Millar (and Leinil Yu) offering and Millar works on The Secret Service along with Dave Gibbons and Matthew Vaughn. MontyNero and Mike Dowling lead Death Sentence. Mike Dowling is back for Rex Royd and he’s teamed up with Frankie Boyle. Yeah. I think it’s that Frankie Boyle. The Scottish comedian. I may still like Rex Royd – but I’ve read the first chapter twice now and I still feel as if I’m missing something.

Death Sentence is exclusive to CLiNT.

CLiNT 2.1 does not skimp on the art. It’s a visual treat.

There’s more than just comic book chapters in CLiNT 2.1 though. Frankie Boyle and Mike Dowling are on hand to introduce Rex Royd. There’s even a 20 years of Lenore interstitial. The connection? I can only assume the connection betwen Lenore and Millar are Titan – the publishers.

There’s also a Millarworld movie round-up and that’ll be important for anyone who eagerly tracks Kick-Ass and Wanted news.

It’s hard not to recommend CLiNT 2.1. You can pick it up at Forbidden Planet either online or offline. Or, as a special offer, you can subscribe to CLiNT directly, for a free and signed Dave Gibbons ‘The Secret Service’ art card. There are only 200 of these cards so you’ll have to be very quick but all subscriptions also include a 20% off.

Disclaimer: My copy of CLiNT 2.1 was provided ahead of time for the purposes of review. 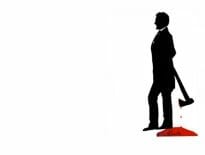 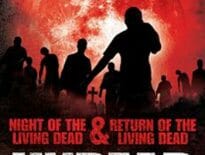