Now, I’ve had a good long look around the web (minutes) and I can’t quite tell you how deeply Paul Fricker is involved but let’s just say he’s a key figure. 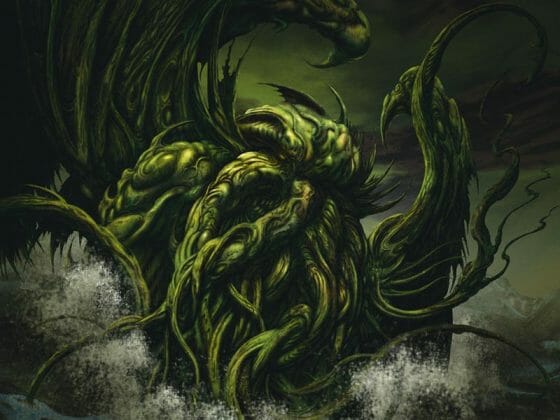 Paul has released a Call of Cthulhu scenario called Dockside Dogs. It’s associated with a charity fundraising campaign that we should all support. So take a look at the press release below and tweet, Google+ and Facebook share the message.

Paul Fricker (author of ‘Gatsby and the Great Race’, ‘My Little Sister wants you to Suffer’ and the forthcoming Seventh Edition Call of Cthulhu Rulebook) has released a modern-day Call of Cthulhu scenario. All monies raised are going to the Relay for Life (Cancer Research) charity.

Paul said, “I originally wrote Dockside Dogs a few years ago and I’m very proud of it, but doubt it would ever be released otherwise. At the time of joining the fundraising team a few months back I didn’t know my own father would be diagnosed with cancer. Sadly the release of this scenario has co-ordinated with the day of my father’s death.”

PDF, minimum donation £3.25 / US$5 (include a reference to Dockside Dogs with your donation and Paul will email you the scenario soon after)

Reminder: Support the message with action, tweets and shares. Thanks!

Paul is the lead author and designer of Call of Cthulhu 7ed. It’s a great revision to the system, rather more innovative than previous editions have been.

I “suppose” lead author and designer counts as “important”. Do you know him? Can you whisk him over here so we can interview him? :)

Thanks for promoting Dockside Dogs.