One of the new crop of TV shows approved recently is Arrow. The Stateside station CW is looking to adapt and bring DC’s Green Arrow to a wide audience.

There are some changes. For a start, it’s just “Arrow” and for a second, this Oliver Queen is a none-powered hero who manages to survive living on a desert island. 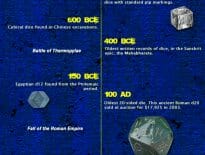