Tomorrow, May the 4th, is Star Wars day. This blogger has made the decision to leap in, feet first, into a brief Star Wars frenzy.

To kick things off – Geek Native has a copy of the Kinect Star Wars App ad. My first thought would be that this would have to be a Windows Phone 7 only app. After all, Windows Phone 7 does have that rather enviable Xbox Live integration.

No problem. The app is actually good for Windows Phone 7, Apple’s iOS and Android. You’ll spot all the icons on the official page here.

The app turns your smartphone Twitter and Facebook experience into a Star Wars one. I love the idea of turning a Twitter stream into the iconic Star Wars text scroll.

There is a catch. The app is only available in the UK, Ireland, German, Spain, Italy, Netherlands and Sweden. This may be a language issue or it may be that other regions (like the States and Canada) are doing their own thing.

The app is part of a transmedia campaign to promote the new Kinect Star Wars game for the Xbox. I can only imagine what lighting with the lightsaber will be like. Hopefully no Jedi’s out there accidently punch their room mate while fighting off droids.

It’s also worth noting, that if you really want to go all in for Star Wars day on May the 4th, you can grab the limited edition Xbox 360 Star Wars console bundle. This gets you the game but also a white Kinect Sensor along with an R2-D2 branded console and a C-3PO controller.

Disclaimer: This post has been sponsored by Kinect Star Wars. 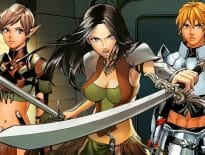 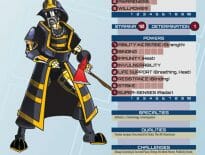