Radical Approach has announced that they’ll be entering into a distribution deal with Chronicle City.

Radical Approach, also based in the UK, is known for fantasy RPG Crimson Exodus and the Fantasy Dice game engine (that Crimson Exodus uses). We reached out to owner Claus Bornich when the news broke and he kindly agreed to answer a Q&A for us.

Can you introduce Radical Approach for Geek Native readers?

“We make roleplaying games.” That is the Radical Approach tag line because that is what I love doing, and I started Radical Approach to develop the sort of games that I myself would want to play. When I started out I had no major ambitions about sharing my work with a larger audience, but just wanted to make games that were deep, tactical and promoted roleplaying. I also wanted a game that would be more fun and less work for the GM, but without dumbing things down or making things too vague or abstract.

In that quest to avoid abstract hit points or damage tracks the first few years actually went into developing a realistic way to deal with wounds. I spent a lot of time researching the human body and what the actual physical damage is from being stabbed, shot or punched. I was fascinated by the subject and decided to shift my focus into creating a book entirely on the subject. It resulted in Trauma, a rules agnostic game supplement tackling all the nasty consequences of taking a mace to the face.

In the time it had taken me to complete Trauma I had already discarded several early versions of what would become the Fantasy Dice system, and also a post apocalyptic sci-fi setting set along the Rhine in Germany after a singularity with the “races” developed from transhuman survivors. Crimson Exodus in contrast is a pure fantasy setting, but with a bit of a sword and sorcery feel to it, no doubt from reading far too much Conan and Elric at the time. Even so Tolkien will always be close to my heart and what you get is a gritty, mature sandbox type setting where magic is feared, poverty is common, the elves are arrogant imperialists and the beasts of the wild are not to be taken lightly.

Radical Approach is not entirely a one-man project as my wife Elvira has contributed play-testing, editing and criticism to the game, as has family and friends.

How does the deal with Chronicle City immediately impact that? Will there be any changes?

Working on enthusiasm and spare time it has proven difficult to find the time and resources to continue developing products while also promoting and distributing them. Partnering with Chronicle City allows me to worry less about getting the products out, and so allows me to focus on developing new products. I’ve certainly enjoyed learning about print publishing and the roleplaying industry, and I’ve met a lot of fantastic people, but my real passion is all about developing games. I will still be going to game conventions to play and talk about games, and Radical Approach will still be responsible for putting together the finished product.

What’s in store for Crimson Exodus in the next 18 months? 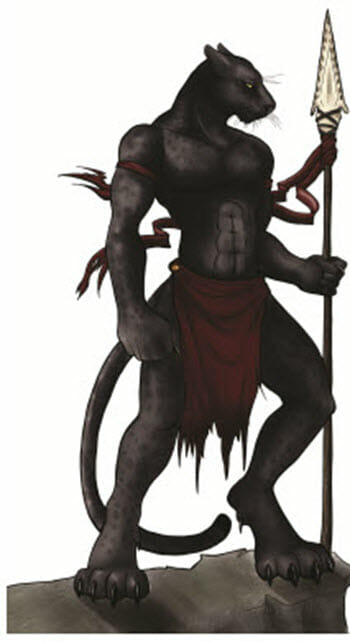 When I wrote Crimson Exodus I wanted it to be a complete game with everything you would need all in one book, and so my efforts since then have been focused on developing community tools, writing adventures and of course working on Fantasy Dice. By community tools I mean software to help people connect and run games online. In fact I can give Geek Native an exclusive by letting your readers know about the brand new online character sheet beta, along with game organising tools and a dice roller chat that has just gone live. Anyone is welcome to use it and its a completely free service, but you’ll need to register. At this stage it is more a tool for organising play with your group than finding new players – although it is certainly possible to see what games are running and request to join them. The character sheets can be made public for sharing with others and showing off your characters.

Are there plans to extend the Fantasy Dice engine to other Chronicle City partners?

These are early days and right now it seems like anything can happen. Nothing of the sort has been discussed, but there are some great companies signed up with Chronicle City that I’d love to work with, so who knows what might happen. Saying that, Fantasy Dice is open to anyone to use with their own games – commercially or not. I want people to be creative and I say as much on the first page of every book I write, and for anyone interested I would point them to the Be Creative corner of the Radical Approach website.

What sort of new products or directions might we expect from Radical Approach over the next year or so?

So far everything has been waiting for the deal with Chronicle City to come into place and for Fantasy Dice to be ready, and as soon as Fantasy Dice is launched there are several initiatives to support that. I’ve already mentioned the online character sheets and dice roller, and a Fantasy Grounds II module for Fantasy Dice has been developed and play-tested for release soon after Fantasy Dice.

Then there is Arcane Lore which contains the unique magic systems first introduced in Crimson Exodus and other material that didn’t make it into Fantasy Dice, such as chapters on herbs, alchemy and artefacts.

The first stand alone adventure set in the ancient underground warrens under the city of Holmcrag from the Crimson Exodus setting will be released in full colour with maps drawn by the talented Robert Altbauer. It is also possible that other material that didn’t make it into Crimson Exodus might be developed and released this or early next year. Similar to the Mahada supplement released last year that presented one of the more unusual races from the unexplored jungles to the south.

Chronicle City is a new kid in the extremely competitive RPG landscape. Why did you decide to go with them?

It was an easy decision really. I have a lot of faith in Angus Abranson from the things he’s already accomplished in the roleplaying industry, and I think Chronicle City can really help get our books into shops and gamer’s hands, and that is what it is all about. From the growing list of great games under its belt Chronicle City looks set for greatness, and I’m really excited and honoured to be a small part of that.

What was it about Radical Approach that you think persuaded Chronicle City to partner with you?

That is an interesting question, and one only Angus himself can really answer. I would hope it is from what he’s seen or heard about Crimson Exodus or Trauma.

time to read: 5 min
Music Star Wars on the violin 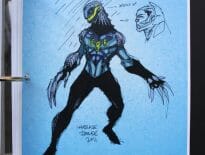