You are here: Home / Music / The World of Dinosaurs turned to music

The processor that can alter pitch in vocals, known as Auto-Tune, was originally designed to disguise off-key inaccuracies in recorded performances. I imagine they use something similar to produce this sort of musical mashup.

Featured in the World of Dinosaurs, part of Symphony of Science, are the shows Dinosaurs Alive, the BBC’s “How to Build a Dinosaur”, the BBC’s “Extinct: A Horizon Guide to Dinosaurs”, Bill Nye‘s Dinosaurs, Prehistoric Park, the Discovery Channel’s “Last Day of the Dinosaurs”, Jurassic Park and Jack Horner‘s 2011 TED talk.

The World of Dinosaurs turned to music 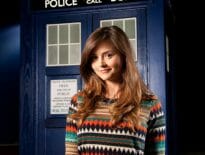