You are here: Home / Games / What is 22Cans? The new game studio for Peter Molyneux

Peter Molyneux is the game designer who invented Populous – one of the first games I was ever addicted too. Then he made Black and White. Then he did the infamous Dungeon Keeper. He’s perhaps best known for the game Fable, though.

Just a few days ago Geek Native speculated on Microsoft’s Project Durango. Is it the new Xbox? Is it a handheld device? Attention was also drawn to Lionhead’s website which had been deleted. A countdown timer had been added and a hint of a surprise.

I don’t know if this is the surprise Lionhead and Microsoft had in mind – but a few days after the new site launches – Peter Molyneux announces he will quit Microsoft and Lionhead.

Fable fans need not fear (well; perhaps a little) because he’ll stay on as a consultant for Fable: The Journey … and all the Kinect challenges that’ll bring.

Molyneux is starting again. His new company – another development studio is called 22Cans. There is a 22 Cans website already but the only thing there is a jobs email address. Want to work for Peter Molyneux? That’s the address to email your CV to.

There is also a 22Cans Facebook page. It’s not too busy right now; a few people asking for more Dungeon Keeper and offering to be game testers.

My gut reaction is that Molyneux tends to set up companies to focus on specific (types of) projects. 22Cans, it feels to me, is a vehicle for a new game. What do you think?

What is 22Cans? The new game studio for Peter Molyneux 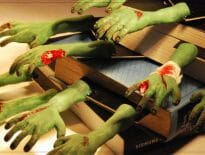 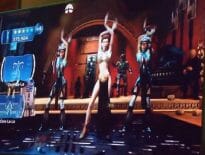