You are here: Home / TV / New Dragons: How to Train Your Dragon TV series

Lucky American TV viewers will soon get to sit back and enjoy a How to Train Your Dragon series. It’ll air on Cartoon Network and it’s made possible by DreamWorks Animation.

The series, based on the book by Cressida Cowell, is expected to be true to the movie and be a little darker and deeper than is standard for movie to TV franchises – which tend to lighten up.

The second movie is due out in 2014 and we’re still left to speculate whether David Tennant’s Spitelout will appear in either.

We do know that the TV series will introduce new dragons!

Via Nerd Bastards and Adam A. Donaldson.

New Dragons: How to Train Your Dragon TV series 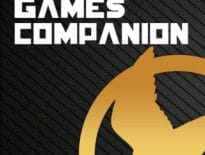