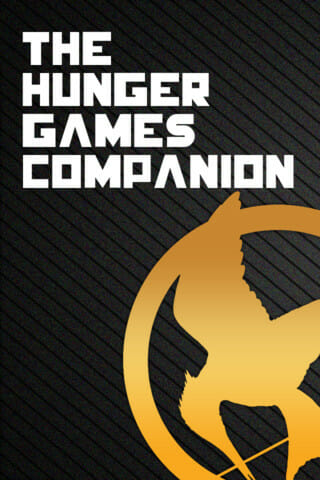 I’ve a secret to share – I’ve never read The Hunger Games. The internet is a buzz with news, clips, rumours for the The Hunger Games movie. Should I read the books before I watch the film?

Step forward Jason S Rosenblum. Emboldened with this success with Game of Thrones, Jason is trying the Companion technique again. Last year Rosenblum released an unofficial, cheap, iOS app called Game of Thrones Companion. It was a way to access Game of Thrones data, at a touch, while you watched the TV series.

The Hunger Games Companion is a little more expensive – it’s $1.99. I think that speaks to the success of the Game of Thrones app. People clearly found the former useful. Rosenblum must suspect he can get away with raising the price for his second app.

This is not without risks. For a start, the Hunger Games is a movie rather than TV series. You can’t sit on your sofa, check the app and get caught up with the plot twists. I very much doubt anyone will be checking it from the movie. Also, the higher the price the more the lawyers might want to take an interest.

However, the idea of a easy to use summary is clearly very appealing to many people. Rosenblum may be building his very own niche industry here.

time to read: 1 min
TV New Dragons: How to Train Your Dragon TV series
Console Making of Mass Effect 3’s “Take Earth …
💰 Copper Coins 💰 Geek Native is an affiliate and may earn commission on purchases you make from third-party sites.
🍪 Privacy & Cookies 🍪 The site uses cookies to survive. By accessing the site, you agree to use your browser to control cookie use or take 1d4-3 privacy damage (tracking). If you defeat cookies via ad blocking, please consider the Patreon. An intro to cookies, and how to control them, can be found here. I Manage Cookies