You are here: Home / Games / Tabletop & RPGs / The future of tabletop RPG? The Galaxy Beam

Traditional tabletop roleplaying isn’t ignoring technology and is not simply surrendering to the MMORPGs. For example, Pathfinder is being developed for the online world by Goblinworks and they’re not using the traditional MMORPG model (a hybrid, in fact) for this, D&D have a new virtual tabletop and mobile sites like iPlay4e have shown some gamers simply love to have their character sheets on their phones.

Let’s stick with the mobile concept for now. Imagine if the GM could easily tap into technology to enhance the visual aspect of the game. I imagine most GMs have already dabbled with the likes of iTunes or Spotify when it comes to creating music and atmosphere.

This phone is also a projector. That means if a GM wanted to show the entire gaming group a visual – it’s easy. That visual could be a YouTube video, it could be the Kickstarter pitch for the game they’re about the player or a GM might even fire up PowerPoint or Google Docs to create some virtual handouts. Imagine being able to project a note or a puzzle so the entire gaming group could see it at one rather than peer over a single handout.

Right now the Galaxy Beam looks impressive – however it’s only running Android 2.3 and that’s quite a few steps back from Android 4 that most modern Android phones are coming out of. In fact, Flash animation might be a challenge.

Or… am I just being a tech geek and forcing my gaming addiction to clash with my tech addiction. Is it possible that PowerPoints and projections could ruin the tabletop experience?

The future of tabletop RPG? The Galaxy Beam 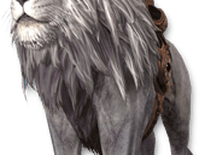