You are here: Home / Games / PC / The Pathfinder MMO

Paizo has licensed the rights to a MMORPG based on Pathfinder. Pathfinder, which out sold Dungeons & Dragons this year according to some analysts, will be developed by Goblinworks as a massively multi-player online RPG.

Goblinworks is an independent, Seattle based, company and brings Mark Kalmes (Microsoft, Cryptic Studios and CCP) to the table. Kalmes will work with Lisa Stevens (Pathfinder, Magic: The Gathering, Vampire: The Masquerade) and Ryan S Dancey (EVE Online, D&D 3rd ed) on the project. CCP is the MMO specialist that bought White Wolf in 2006 and which runs EVE Online.

“I’ve been hoping for a chance to work with Lisa and the Paizo team on a Pathfinder project for years, and now that we’re joining forces to produce Pathfinder Online, I couldn’t be happier or more excited,”

“My goal is to bring the high-quality experience Paizo has delivered for Pathfinder to the MMO platform, and to give players another fantastic way to experience the world of Golarion.”

The Pathfinder MMORPG will be called Pathfinder Online and is expected to be a sandbox style RPG – players will be able to run around without much in the way of linear constraint.

In Pathfinder Online players will be able to trade (and impact the world economy), control settlements that grow into kingdoms, raise armies and defend territory against monsters and other players. Social organisations will range from small parties all the way to complete player nations with thousands.

Goblinworks is my new company, created to develop & publish the Pathfinder Online MMO!

You can keep up with Pathfinder Online news via the Goblinworks Facebook page. 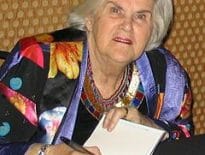 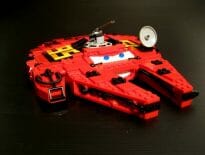