You are here: Home / TV / Cumberbatch as The Master for Dr Who’s 50th anniversary?

Geek Native has written about Benedict Cumberbatch playing the Master before. We’ve even speculated he might appear as or Omega – another powerful Time Lord. Last night The Express, a British tabloid, kicked off speculation again by citing unnamed sources and suggesting that he’ll be The Master for Doctor Who’s 50th anniversary.

Cumberbatch and previously seemed to rule out appearing on Doctor Who. He told the Sun.

“And anyway I didn’t really like the whole package – being on school lunchboxes.”

There are even suggestions that stepping in to play The Master would be a step down from his current success as the lead in Sherlock or film roles such as Tinker Tailor Soldier Spy, his mysterious and unnamed role in Star Trek and The Hobbit. But would an “it’s special” 50th-anniversary one-off add just enough extra oomph to the role and wrap it the security of not having to do it again?

The Express are being cagey with their ‘sources’. The article has two quotes in with without any attribution. The implication is that the comments come from their secret show insider but the “we’re told” descriptor might actually mean they got some random comment from a fan. Here they are;

“It’s fitting that the Doctor comes face to face with his ultimate enemy, The Master, for the 50th anniversary and it’s felt Benedict is the perfect choice if schedules can work,”

“Fans will love the idea of the man who plays Sherlock Holmes taking on the Doctor’’.

“Benedict has often been asked about whether he would like to play the Doctor so it will be ironic if he now ends up being The Master instead,”

If these are real and educated comments from inside the show’s production team then that seems pretty explicit. He won’t be Omega. He will be The Master.

What do you think? Are The Express on the money with this one? Or are they just returning to a popular headline the day after the Oscars in which Tinker Tailor Soldier Spy got three mentions?

Cumberbatch as The Master for Dr Who’s 50th anniversary? 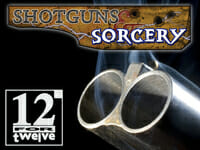