Here’s a nice way to launch a new RPG. British publisher D101 Games have put together an eight minute video for Crypts & Things. It’s a good way for gamers to get to look inside the book before they buy it.

The player’s handbook portion of the game is known as the Scrolls of Wonderous Revelation which includes ‘creating a character’, “how to play’ and ‘spell lists'”.

The dungeon master’s section of the book is called The Book of Doom and includes ‘the continent of terror’ which is a setting gazetteer, ‘ill gotten gains of dark desire’ as a treasure and magic items chapter, ‘a compendium of fiends’, ‘the hall of nizun thun’ as a pre-written adventure and set of appendices.

time to read: 1 min
Console Skyrim: To Lydia with Love 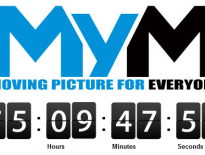