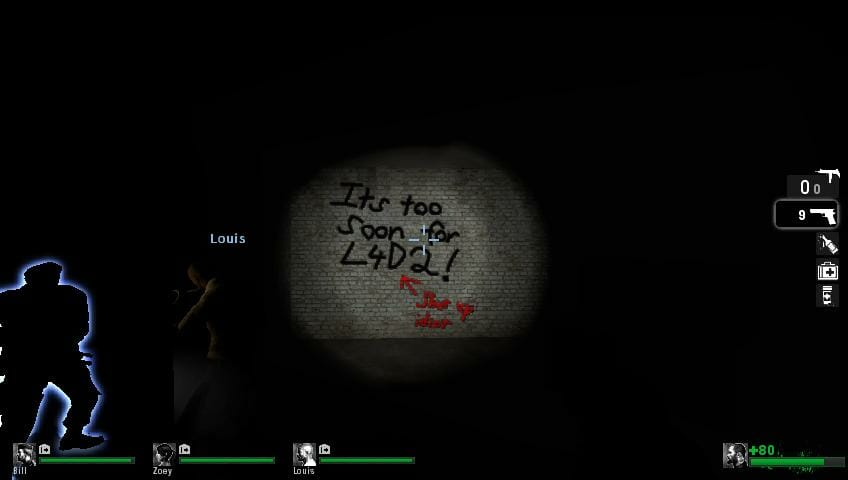 When Valve announced Left 4 Dead 2 – amazingly – not everyone was happy. There was one group of fans who thought that it was “too soon”. They were still playing Left 4 Dead and didn’t fancy the online gamers being split between the two titles. They wanted more additions to Left 4 Dead.

Whereas I can understand their frustration, I think they were totally wrong for trying to organise a boycott. Valve can hardly support Left 4 Dead if it can’t release new titles on a commerical schedule. This is a great time to be releasing zombie games. Left 4 Dead has a huge fan base and lots of people are going to scoop up Left 4 Dead 2.

I don’t play the game on the PC myself but I was pleased when a friend pointed out the boycott (which is now over) graffiti on some of the PC mods… and the counter graffiti.

time to read: 1 min
Console Ar Tonelico 3 trailer complete with funky music
Console Dragon Ball: Raging Blast looks surprisingly good…
💰 Copper Coins 💰 Geek Native is an affiliate and may earn commission on purchases you make from third-party sites.
🍪 Privacy & Cookies 🍪 The site uses cookies to survive. By accessing the site, you agree to use your browser to control cookie use or take 1d4-3 privacy damage (tracking). If you defeat cookies via ad blocking, please consider the Patreon. An intro to cookies, and how to control them, can be found here. I Manage Cookies