We’ve had teasers for Atlus’s forthcoming Game of Thrones computer RPG already – such as The Wall. This latest video from the studio is longer and is rather more of a trailer than a teaser. It’s simply called “Winter”.

The trailer introduces the game, planting the action firmly in the drama we already know and love to hate – and it looks like you have a number of characters to play.

time to read: <1 min
Movies Wrath of the Titans trailer 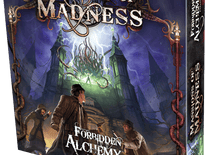