You are here: Home / Games / Console / Game of Thrones: The Wall

This trailer is from the Game of Thrones computer game from Atlus. You’ll recognise the voice actors and computer models if you’ve seen the TV series (or are just good at spotting actors).

Okay, it’s short but it sets the scene…..

The game is due out for the PC, Xbox 360 and PlayStation 3 sometime in 2012. The website has the almost ironic URL Game of Thrones – The Game. Careful popping over there as it blasts the TV’s theme tune at you from the very first second. Not that it’s anything less than a perfect tune for the series.

Game of Thrones: The Wall 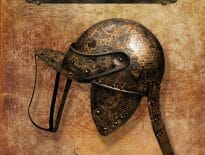