You are here: Home / TV / Anime / Leo Burnett is the devil

Leo Burnett is an advertising agency named after their founder Leo Burnett. Burnett, once named in the 100 most influential people in the 20th century by Time magazine, was the advertising guru who invented such powerful icons as Tony the Tiger, Pillsbury Doughboy and the Jolly Green Giant.

Leo Burnett was years ahead of this time. Born in 1891, he died in 1971 after a long and successful career that survived the Great Depression.

Burnett is credited with the idea of using cartoons and animation to help target children in advertising. There is a reference to him in the 130th episode of the 4Kids translated Pokemon.

In one scene James is being eaten by a Victreebel and he mumbles something. Playing the audio backwards clearly reveals the phrase;

“Leo Burnett and 4Kids are the devil, Leo Burnett…”

It would have been a 4Kids translator and/or dubbing technician responsible for the insert and so it seems most possible this is a throwaway joke.

Leo Burnett is the devil

time to read: 1 min
Console An introduction to Halo Waypoint 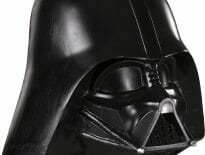