You are here: Home / Games / Game gets Dragon Age exclusive

UK Game retail giant, Game, has scored a major exclusive. They’ll be the only retailer with access to the collector’s edition of the RPG Dragon Age: Origins. The deal covers the PC edition, the PS3 and the Xbox 360 editions too.

The collector’s edition will include extra content – Bergens Honour, Grimoire of the Frozen Wastes and Final Reason. In addition there’s an additional quest and a whole character. It’s been reported that the Blood Dragon Armour will, somehow, be usable in Mass Effect 2.

time to read: <1 min
Anime Beckii Cruel will be big in Japan 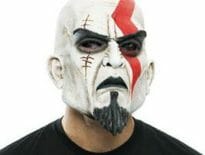 Geek Stuff The 12 Masks of Halloween: #6 Kratos
wpDiscuzComment Author Info
Manage Cookie Consent
This site uses cookies 🍪, and links are ads that may earn bloggers some money 💰, and with this alert, I very much hope that these dark truths 🧌 are acknowledged.
Manage options Manage services Manage vendors Read more about these purposes
Preferences
{title} {title} {title}
Loading Comments...