Have you seen the latest Sims 3 Pets advert? It’s quirky. I rather like it. However, I wonder what reflection that has one me. In one scene there’s a French Maid grooming a dog and we’re told “Have a pet or be a pet”. In the background there’s a naked dude in the bathtub.

We’re invited to connect to our inner animal or play both ways. Towards the end of the video we see a couple rolling around in bed. The final dialog encourages us to chase some tail before the dogman describes his pet cat as naughty little minx.

Yep! Plenty of innuendo in this one!

The Sims 3 came out in 2009. Are you suprised that we’re still getting updates and ads for it? It was an overnight success with about one and a half million copies moved in the first week. You can play on the Xbox 360 or PlayStation 3 as well as the PC. It was the “Late Night” pack that came out in October 2010 that added in features like hot tubs, night clubs, bars and, oh… the ability to become a vampire. 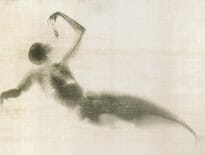