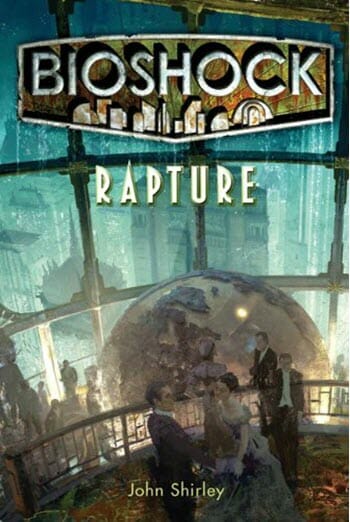 No, you’ve not missed out on a Bioshock game. Bioshock: Rapture is a book. It’s a prequel from Titan Books and author John Shirley and is an engaging tale of the rise and fall of Andrew Ryan’s empire.

The game grabs your attention and while it’s a horror at times it can also seduce your brain with its mysteries. Bioshock: Rapture tries the same trick and whereas it did not manage to grab me as well as the games did it feels correct. The book feels like Bioshock. The fact that I’ve only spectated on the games, too, might reassure – I think you can enjoy Rapture without being a Bioshock guru.

We start off with Ryan making the decision to build Rapture – that’s the city under the sea. He does it for all the right reasons but as we know he’s beginning to pave his road to the future with good intentions and we all know where that will get him. While Rapture is built with good intentions – to save people – it’s built with Ryan’s strong belief in Objectivism. That’s to say that government regulation, church, taxes, charity and anything outside an extreme laissez faire view is wrong. We also discover that Andrew Ryan is an adopted name. The great man is actually a refugee from Russian.

I didn’t know this before research Bioshock: Rapture but Objectivism was created by a Russian-American philosopher called Ayn Rand. It’s not hard to see where we get Andrew Ryan out of the name Ayn Rand. Ayn Rand also wrote a book, in which is characterised her philosophy, called “Atlas Shrugged”.

Bioshock: Rapture is also a book about the rise and fall of Atlas. In fact, one of Bioshock’s many strengths is in the characters that it has created and in Bioshock: Rapture we get to visit favourites. I was happy with the way Shirley presented and wrote all these iconic names but I concede there may be fans who may have strong views about any of these anti-heroes then there’s a risk of a clash here.

As you might expect for a book that starts before the very first metal pillar of Rapture was sunk into the seabed and takes us right through the Splicer wars – time moves at quite a pace. Pay attention to the year stamp below each chapter heading or you’ll lose the tempo of the unfolding plot. I had to re-check the year a few times once I was a couple of pages into the chapter.

Descent feels like a good word for Bioshock: Rapture. Are the games a descent into madness? We start with the descent into the sea of the city and then the physical descent of the main characters. Once we get there, though, we start the descent of civilisation as the lofty ideals of Ryan’s Objectivism begin to take their toil and the bad apples among Rapture’s population begin to spread their corruption.

The challenge in Bioshock: Rapture is to get any sort of investment beyond curiosity at all from the reader. As the reader I looked forward to the first Little Sister, the first Big Daddy encounter, the first Splicer and so on but despite the attempts to introduce characters I was supposed to rally around or emote with – meh, I really didn’t get into them. I cared more about the big picture. Fortunately, Shirley delivers the big picture.

I enjoyed Rapture. I enjoyed its rise and its fall. It puts me in the mood for more Bioshock.

Disclaimer: My copy of Bioshock: Rapture was provided for the purposes of reviewing. 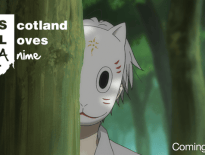