We might all have predicted it but confirmation that there will be a Tron: Legacy (the new Tron movie) computer game has come in an odd way.

Producer Steven Lisberger told the Latino Review that he wasn’t sure if he should mention the game or not – but confirmed it anyway.

Kotaku’s Owen Good has emailed Disney PR to try and get a more official response but there hasn’t been an update yet.

Question is – which consoles might the game be for? Disney working with Sony? Hmm. So this may be an xbox game unless someone comes up with a cracking idea and puts the Wii-motes together with the Tron bikes. 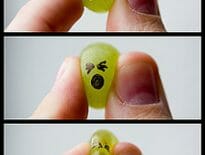