You are here: Home / Games / Console / War in the North: Beleram

I’ve given War in the North plenty of coverage on Geek Native because it’s a Lord of the Rings game. The one franchise to rule them all. There’s been a common theme; heroes get in big strike, wonderful giant eagle swoops in and saves them. I was wondering whether this was a “call in an airstrike” option.

Perhaps not. The eagle – named Beleram – is described as a “character” in the latest press release I’ve had about the game. Okay, so I skim read them… but is this eagle actually a PC?

War in the North: Beleram 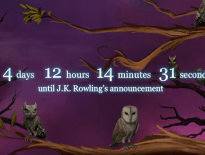 Books Pottermore.com is a real life treasure hunt –…
Console Rise of Nightmares trailer
wpDiscuzComment Author Info
Manage Cookie Consent
This site uses cookies 🍪, and links are ads that may earn bloggers some money 💰, and with this alert, I very much hope that these dark truths 🧌 are acknowledged.
Manage options Manage services Manage vendors Read more about these purposes
Preferences
{title} {title} {title}