The Times UK has been sent a memo by mistake that suggests (paywall) Pottermore.com is an online-offline game mashup. It’s a treasure hunt.

We’ve seen these before; the website gives out clues to real life locations and may act as a community and scoreboard too. It’s thought that the preizes include magic Harry Potter wands hidden in the United Kingdom, America and perhaps some other countries too.

PaidContent suggest that the game is being run by the PR agency Adam & Eve. Adam & Eve are the PR company that put together LittleBigMap for Sony in the promotion of LittleBigPlanet 2. In that game players used clues hidden on map markers to find the next map markers and clues.

Of course, this could be a clever stunt to distract us from the growing number of owls on the Pottermore.com YouTube splash. 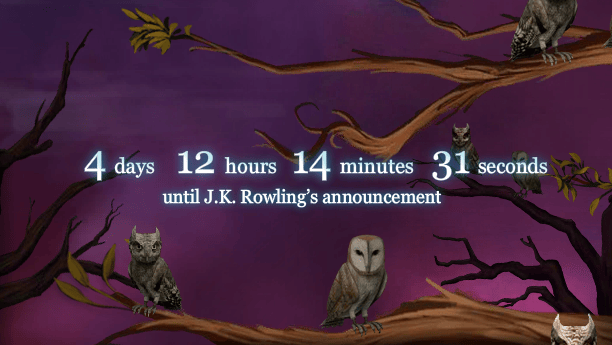