Bastion looks to be a quirky game – but interesting never the less. Another reason to support this RPG is that it’s been developed by the independent studio Supergiant Games along with heavy hitting partners Warner Bros.

The game is described as an RPG in which you play “the Kid” as a survivor of a cataclysmic event that shattered the world. Exploring the world introduces new beasts, new weapons, powers and the ability to brew spirits. Just glancing at the video suggests elements of puzzle gaming and perhaps even platform.

The game is due out in the summer of this year for PC and Xbox. It’ll be available on Xbox Live Arcade. 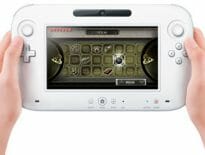