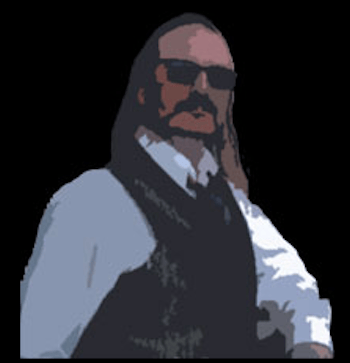 Kim Newman is a London born horror writer, winner of the Bram Stoker Award, who has also written Warhammer novels under the name Jack Yeovil. One of Kim’s most famous books, Anno Dracula, has been re-released by Titan Books which gives this blog the cheeky chance to pester Mr Newman with a quick Q&A style interview.

Q. Anno Dracula was first published back in 1992. Since then we’ve seen a surge of interest in undead/historical mashup fiction. Seems like you were ahead of the curve. Has any of that been frustrating for you?

There was a period when the book was hard to find and it seemed like Anno Dracula was the only vampire novel not in print … there are dull business/rights reasons for that, and I’m happy they’re no longer in my way. I’ve not read much of the wave of so-called mashup stuff which has come out lately (frankly, it doesn’t sound all that interesting) and have passed on offers to contribute to a couple of themed anthologies because it seemed demeaning to try to imitate myself that way. I’m writing the books and stories I would have anyway, and if people do similar stuff, I can’t really be held responsible for it. I would say that I feel some writers just throw disparate works together without bothering much whether there’s a point to the resulting story. I don’t claim to have invented anything, since I cobbled together Anno Dracula from disparate, pre-existing sources and was well aware of Philip José Farmer, Howard Waldrop and others who had similar notions.

Q. Where did the idea “What if Van Helsing had failed…” come from? Would you cite anything in particular as inspiration for the book?

I read a lot of Victorian and Edwardian invasion/apocalypse stories – things like War of the Worlds and The Battle of Dorking and When William Came – and at some point made a connection between Dracula (a long-standing interest) and the Nazis-won-the-war brand of alternate history novel. Like so much else, it’s all in Bram Stoker. In a speech I use as an epigraph to Anno Dracula, Van Helsing says ‘and if it had not been that we have crossed his path he would be yet – he may yet be if we fail – the father or furtherer of a new order of beings, whose road must lead through Death, not Life.’ I just picked up on that vague sentence and tried to imagine the society that would result if Van Helsing did fail. Even the first time I read Dracula, as an eleven-year-old, it seemed to me that the Count gives up too easily – he’s no sooner arrived in London and started biting Mina than all his pre-prepared hiding places are compromised and he abandons his plans to make a run back to his bolt-hole in Transylvania. Maybe that was the first spark of what became Anno Dracula.

Q. One of the key characters in Anno Dracula is Geneviève Dieudonné. This is a character we’ve seen before in some of your Warhammer novels. What’s the motivation is having a sort of pan-Universe character who pops up across different books?

Strictly speaking, she’s not quite the same, and the Geneviève in my Diogenes Club books is not the same either – they’re counterparts in different parallel worlds. As I’ve said, the idea for Anno Dracula took a long while to percolate and several other things I’d been doing fed into it. One was a very rough outline I did for a novel that was supposed to tie the Warhammer and Warhammer 40K worlds together – in which Geneviève, who could as an immortal live long enough to feature in both, teamed up with a resurrected Wyatt Earp to track a resurrected Jack the Ripper on some planet full of Riverworld-type risen dead famous people. It didn’t get beyond a paragraph: at this date details are blurry, but I think GW decided they wanted to keep their two franchises separate (I wasn’t the only one to come up with an idea linking them, and I may even have been asked to devise something which would). So, when I came to AD and needed a plot to allow an exploration of the world I’d imagined, I went back to the bare skeleton of Geneviève-and-a-detective-after-the-Ripper and used it. Given that I was playing with so many other people’s fictional characters in the context of my own invented timeline, it felt appropriate that I use one of my own – and, by doing so, I created by implication the third Geneviève who existed in a parallel version of my fictional universe where Dracula lost. The notion of tying together all one’s books and stories into my own multiverse or meta-series is something many other writers have done. I was probably thinking most of Mike Moorcock or M. John Harrison when I began to weave it all together (my most intricate, not to say indulgent, exercise in this is ‘Cold Snap’ in Secret Files of the Diogenes Club), but Stephen King and others have gone the same route.

Q. How different was it writing as Jack Yeovil for the Warhammer world compared to creating your own fiction from scratch and publishing it as Kim Newman?

I was one of the first writers on the Warhammer spin-offs (Geneviève first appeared in Drachenfels, the first published Warhammer novel), so I did get the chance to do quite a bit of world-building there – and even more so in GW’s Dark Future novels, when the original material (games manuals, etc) was less weighty. The Yeovil books had to be written to a word-length (70,000) and a tight deadline (most were done inside a month), which brought with it some limitations I didn’t have with the books I write under my own name. I was working with plots and characters I created, even there. Of course, Anno Dracula wasn’t strictly created from scratch since I had to appropriate chunks of Bram Stoker, Conan Doyle, actual history, etc. – which might mean doing it was closer to writing a Jack Yeovil book than some of my other novels which don’t have a particular root in other people’s work. The Night Mayor, my first novel, is set in a virtual world composed of bits and pieces from 1940s film noir and was a similar exercise. Bad Dreams, Jago, The Quorum and Life’s Lottery have contemporary settings (and are slightly interconnected without being a series) are more freestanding. With GW, there was always the consideration that the books had to square with a lot of other material – though I was granted more leeway than I think others who’ve followed me have had, to the extent that GW changed the rules about what vampires could do in order to accommodate what I needed to do with my character.

Q. You’re also know for your role as a horror movie critic. Do you expect to see a quality yet straight-to-DVD horror movie this year? Or would you predict that would be unlikely?

There’s always something interesting in the stack. I do worry that I’m getting so many check discs that it’s possible there’ll be something great in there I don’t get round to looking at before it’s too late. Every month in my Empire column (Kim Newman’s Video Dungeon), which concentrates on straight-to-DVD releases, I pick out a title which I feel is especially worth a look – and there’ve been some fine films in there: 5150 Elms Way, The Lost Skeleton of Cadavra and The Burrowers come to mind.

Q. You’re on Twitter as @AnnoDracula. Do you think Twitter has had any impact in book and film reviews?

It’s too early to say. The internet and social media have certainly transformed the business of reviewing, though not entirely for the better – there’s no guarantee that anyone who posts on the IMDb or Amazon has actually read the book or seen the film they’re commenting on, for instance (a basic of reviewing) and the unedited, unmediated, uncommissioned nature of the medium means even thoughtful comments can get lost or be obscured just by amateur writing. My friend Helen Mullane, who tweets as @supermegabot, has devised an interesting system of shorthand reviewing films within 140 characters, but generally I think twitter can only do raves or pans, and becomes less useful for the majority of films which deserve neither but rate a considered, balanced analysis and opinion. It’s certainly a remarkable word-of-mouth promotional tool – and I admit that I was finally persuaded to go on Twitter at the urging of my publicists. I don’t just want to tweet glorified adverts for me, though.

Q. Can you share anything on the forthcoming The Hound Of The D’urbervilles? Any teasers?

It consists of the memoirs of Colonel Sebastian Moran, who was Professor Moriarty’s Number Two man in the Conan Doyle stories (he’s the baddie in ‘The Empty House’). The book contains accounts of crimes in which the pair were involved, and their involvement with Victorian mysteries drawn from other literary sources, including Riders of the Purple Sage, The Prisoner of Zenda, Thomas Hardy’s Wessex novels and (distantly) The War of the Worlds. It’s episodic, but is a novel rather than a short story collection: it charts Moran and Moriarty’s peculiar association from their first mutual crime to the scene where someone goes over a waterfall.

Some teasers are posted here: www.facebook.com/. 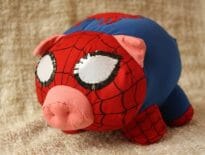