When I can get my hands on legal anime downloads – you know, those teaser clips, trailers, featurettes or even sometimes fan made movies – I often like to stream them from my deskbound laptop to my large HD TV. Makes for a better watching experience, right? I think I’ve got a pretty good set up. I use Tversity as my free media server and wirelessly throw the content over to my PlayStation 3.

One of the reasons I use Tversity is that it seems to cope better with the various codecs that fan made movies and other geeky streams tend to come in. It’s not perfect, however, as there are still plenty of files which play fine on the laptop but just won’t stream to the TV. It can also be annoying to wait for Tversity to notice a freshly downloaded file that’s been stored on my terabyte external drive. That’s why a new bit of hardware, Veebeam, has my attention. It offers a simple promise; if you can play it on your laptop then you can stream it to the TV.

I think the two play modes are interesting. The Play To mode means you’ll be able to check stuff online while watching a movie or joke about it on Twitter. The default mode means you’ve got two screens, more or less in sync, and that’s pretty handy if you’ve got loads of people in the room especially when there are people coming and going. I suspect Veebeam works best for traditional media streaming. I mean pictures and movies. I imagine it’s possible to use the device to broadcast a computer game to the big screen but there is bound to be a second or so delay, deadly lag in most scenarios and so this isn’t really a workable solution. It does make me wonder about the future though; could Veebeam 2.0 or similar tie up with Gaikai or OnLive as an alternative to more expensive hardware? As you would hope from any new piece of kit for the living room the Veebeam looks nice. I rather like how the removable USB stick is built into the design of the device rather than the usual ‘stick it on the side’ awkwardness. The hardware is on sale now; you can pick it up from Amazon or visit the official site at veebeam.com and buy it now.

Disclaimer: This is a Sponsored Post used to contribute towards hosting costs for this hobby site.

time to read: 2 min
Console Shadows of the Damned: Enlarge Your Johnson 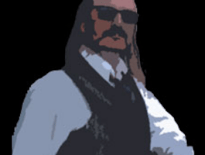