I’m not going to gush like a fanboy over the storyline trailer for D&D Daggerdale. I should have been an easy target but I’m disapppointed.

It’s not that this video touches on cheese and looks cheap – it’s the lack of effort. Here’s the plot – someone accidently lets Mr Evil build a huge tower of evil where it should not have been built. Somehow Mr Evil manages to fill this tower with all sorts of monsters. It’s the computer game version of “How the heck did this huge dragon end up in the bottom of this tiny tunneled dungeon?”

My gut feeling is that the designers are asking us to suspend not just our belief but our intellect and focus on pressing the “smash golem” key combination as often as possible. 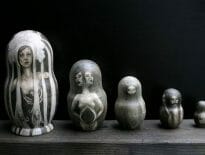