To mark Michael Jackson’s birthday a bunch of crazy people in Leicester have had a go at claiming the Guinness World Record for the largest ever Thriller dance.

Organisers claim that over 500 people took part and that independent adjudicators were present. Proof is being sent in and they’re waiting to see whether or not they’ll officially be able to claim the record. 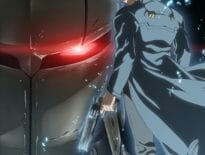