The BBC have released more Doctor Who pictures and in them, we finally get to see the Silence. All year we’ve been wondering about what “Silence Will Fall” might mean and now The Daily Fail, of all people has these pictures along with speculation Amy Pond will die.

The red top does not cite any sources to back up the claim that a Doctor Who character will die. They say it might be Amy Pond. Everyone else had died already, the Doctor, River Song and Even Rory Williams.

What’s more – it turns out that the “Silence” are aliens. Probably the aliens we see in the teaser for The Impossible Astronaut. They’re going to be scary; you don’t need to agree with The Daily Fail, you just have to take a look at them.

Sinister aliens, who can wipe your mind, connected with silence, grey and in suits?

I’m very much reminded of The Hush from Buffy. The difference, of course, being mouths and teeth. What do you think?

Does anyone want to bet on The Daily Fail having it entirely wrong? Is the Silence really just another bunch of aliens… or are these aliens connected to something else, something scarier and rather more challenging for The Doctor?

Before you say anything in the comment section below, Moffat told the Express;

“I think the idea is very cool. Imagine going downstairs and you can’t remember if there was something upstairs.”

“They’re scary and repulsive and frightening.”

But this could still be an oversimplification, couldn’t it? Or a little distraction for the red tops?

Never come across that term before? It’s a pretty common one in certain parts of the internet. In fact, there’s a whole Firefox attachment called Kitten Block that helps you stumbling across Daily Fail content by mistake by showing you pictures of kittens instead. 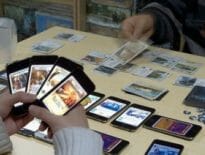 Mobile Magic the Gathering on the iPhone 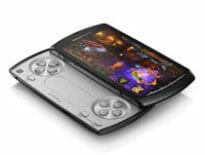