Photographers managed to get some good snaps from near to the set. These include Elizabeth Hurley getting out of her car – she plays Veronica Cale, villian. 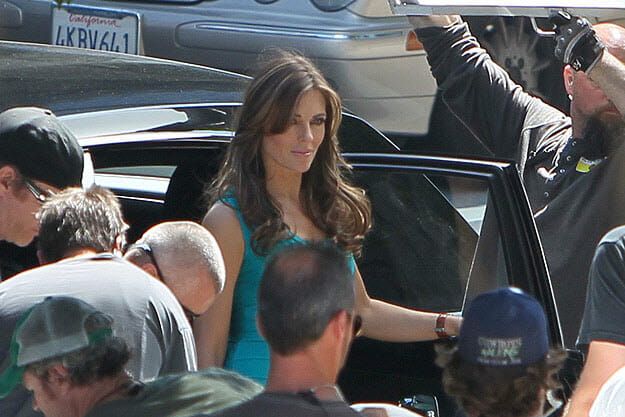 They also managed to snap the back of a typical Hollywood style production chair. What’s so special about that? This one has a Wonder Woman logo on the back. Ah-ha! They hadn’t yet released that to us mere mortals. What do you think about the golden stars in the Os?