Radical Entertainment‘s Prototype was set in New York against the backdrop of a nasty plague known as Blacklight that turned people into monsters and other must-destroy-everything creatures. Our hero was Alex Mercer, powerful, shapeshifting abilities but rather lacking memories of his past. The game was a hit, selling more than 2MM units.

It was such a hit that…well, here’s the trailer for Prototype 2.

What do you think? Should Alex do his best to absorb some flying abilities? Is this a form of ten pin bowling for super-powered mutants? Is this just a case of Dead Island envy? The game is due for Xbox 360, PS3 and the PC. 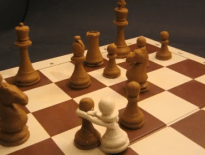