You are here: Home / Games / Console / What’s going on with Dead Island?

Just in case you’ve not seen it – and since it plays in reverse you don’t need to be warned about what happens to the little girl – here it is.

There’s even a Minecraft version of the Dead Island trailer. Maybe if you don’t care to see any more gore today this trailer can give you an idea of the events!

There’s been so many reactions to this trailer and the movie news I’ve picked a few and made a list below.

Thanks to their innocence and the unending soppiness of human beings, children have become sacred in media. It’s very rare to see a child suffer or die in movies, TV shows and videogames, which is especially weird in zombie-themed media — the world would realistically be crawling with zombie kids during an undead uprising!

With that in mind, it was refreshing — and quite chilling — to see Dead Island’s hot new trailer focus on the massacre of a family and the zombification of a young girl.

It’s a masterwork of emotion and editing crammed into three minutes, and to create this kind of impact using CGI characters is even more impressive.

Keith Stuart at the Guardian shares;

I would suggest that horror movies have always traded on the emotionally wrenching duality of the zombie figure – part monster, part recognisable human. A couple of years ago, when I interviewed Resident Evil 5 co-producer Masachika Kawata, he said that zombies are particularly resonant for the very fact that they were once fathers, sons and mothers. They speak to us about mortality; they are death. Kawata-san, too, knows a little about zombies and controversy – Resident Evil 5 was accused of racism for its trailer, which depicted savage-looking Africans attacking the white lead character.

With regard to Dead Island, though, there’s nothing to learn from watching it. It’s not designed to make you think or to explore a point of debate. It’s a video that uses an image of a dead girl and images of her dying to create an emotional bond with a product.

In three short minutes Deep Silver stunned the gaming world this week with the release of the moving, disturbing and surprisingly emotionally powerful trailer for their upcoming game, “Dead Island”, that is billed as survival-horror with RPG elements (NICE!)

Dead Island has been described by Techland (the same developer for the Call of Juarez series), as a “first-person zombie-slasher/action-RPG.” It’s all about survival with the focus mainly on melee combat. The game is also reportedly is going to support up to four players in co-op mode where you can choose up to four different characters.

What Techland hopes will set Dead Island apart is “a heavy focus” on melee fighting – lopping zombie’s arms off with sharp objects and staving their rotten faces in with blunt objects. Guns exist, but ammo is scarce.

Dead Island shocked the world upon its return after a three year hiatus with a gorgeous cinematic trailer that placed us right in the middle of the action as a family fought for their lives against a bloodthirsty zombie horde on an island resort. The reverse story progression and its heart wrenching musical complement struck an emotional chord among gamers in a way that rivals short films. Dead Island’s announcement trailer came out of left field and secured a spot on our radar as a game that has the potential, if executed well, to prove you can never have too many zombie games.

GuanoLad jots down in his blog that;

The trailer, however, has gotten a huge reaction of positivity. People look at it as though it was the greatest work of art that has crossed their field of view in months, and they are all talking about it like it was the video game equivalent of the Mona Lisa.

What bothers me is that they have all failed to realise that it is a badly made piece of shit.

It starts out close on what appears to be a dead girl of about 8 years old, and reverses, in slow motion, for us to see how she ended up that way. Intercut with this at random intervals are quick shots of earlier in the sequence of events, this time in regular speed, and in forward motion.

It’s been quite a while since a trailer made me say, “Wow.” And indeed since one made me gasp, “Oh my God.” This CGI teaser for Dead Island – a zombie game originally announced in 2007 – is both stunning and horrendous. Bleak like your puppy dying of tiredness is bleak. The game itself sounds absolutely fascinating. An open-ended sandbox zombie survival game, first-person but with an emphasis on melee combat, where you must try to survive for as long as possible on an infested New Guinea island.

Do spare a few minutes to check out the newly released trailer for the game, which doesn’t go the typical route of just throwing as much zombie-chomping footage into a two-minute slow as possible, like traditional zombie-based games’ trailers. Instead, the new Dead Island trailer tries something a little classier, a little more sophisticated, but there’s still enough blood and gore in there to keep the sadists happy.

When it comes to cutting CGI trailers a lot of publishers use the same successful tactics: Explosions, boobs, and breathtaking scenery. Dead Island wasn’t too conventional when they cut this video, but we have a strong feeling that it could easily be trailer of the year. Sadly, the gameplay video will probably crush my dreams, but until then, I’ve got my eye on this.

However, the Zombie Rights Campaign point out;

The problem with both of these pieces, particularly the Guardian one, is that neither recognizes that the real ‘controversy’ here shouldn’t be the precise nature of cinematic violence directed against one set of fictional protagonists in a short trailer, but rather the fact that neither of these ‘journalists’ even *considers* the impact of the vicious Anti-Zombie prejudice on display in ‘Dead Island’ as a whole.

Oooh, an adorable, presumably American, little white girl dies, and it’s stop-the-presses controversial, but when Zombies are mowed down, routinely and repeatedly in this genre, nobody bats an eye. In fact, they usually cheer.

What’s going on with Dead Island? 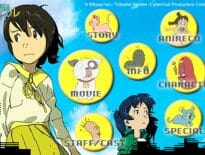