Dylan Dog is a horror comic that was first published in Italy by Sergio Bonelli Editore. The character was created by Tiziana Sclavi. The popular comic is re-printed in Crotia (by Lundens), Serbia, Denmark, The Netherlands, Poland, Spain and Turkey. Oh yeah, there’s an English language version published by Dark Horse comics.

The film Dylan Dog: Dead of Night is a comedy horror. In the original Italian Dylan Dog is “Nightmare Investigator” whereas in the movie… well, the trailer speaks for itself.

Does this trailer suggest the right mix of comedy and horror for you? Tempted? Able to use Routh’s performance in Scott Piligram to help you forget Superman Returns? 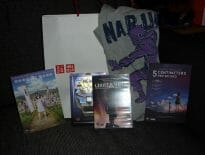