You are here: Home / Books / Comics / Godzilla Minus Godzilla: The coolest Kaiju films that don’t feature The Giant “G”!

Joe Badon is a freelance artist who has worked for the likes of Red Moon Comics, Assailant Comics, Rampaging Monster Comics and even University of Mary Washington. His store on Etsy lets you prints geeky prints at gamer-safe prices. Most importantly, right now at least, Joe is running a Kickstarter called Terra Kaiju.

At the time of writing there are still 28 days to support Terra Kaiju. I was talking to Joe and asked what his top 5 kaiju films that didn’t feature Godzilla were. This, I thought, would make a great post idea and Joe kindly stepped up to the challenge.

Daimajin, Return of Daimajin and Wrath of Daimajin were all released in the same year (1966). Staggered only a few months apart, these films were a cinematic tour de force which brought true validity to a genre that, at the time, was already beginning to decline into the recesses of campiness. Although campy cheese is why many of us love the Kaiju genre, Daimajin shows viewers that giant monsters can be used as a vehicle for exquisite silver screen artistry.
[Amazon]

This 2006 masterpiece from visionary director Joon-ho Bong (Memories of Murder, Mother) showcases what you can do with a genre that most “self-respecting, artistic” directors wouldn’t ever touch. This film blends New Wave Korean Cinema and grisly giant monster mayhem with absolute perfection.
[Amazon]

Clocking in at just over 20 minutes, Geharha captures everything that was awesome about retro Kaiju cinema, condenses it down into it’s purest form and punches us in the face with it. Much like how Quentin Tarantino masterfully imitates exploitation films of old, director Kiyotaka Taguchi creates a perfect homage to all the vintage Kaiju films we know and love.

This stylish slice of 60’s celluloid is everything you’d want in a bad ass Japanese monster movie: Awesome miniatures, a mechanical version of the monster protagonist and an evil genius named Dr. Who (played by veteran Godzilla actor Hideyo Amamoto)! Between the brightly colored cinematography, mod furnishings and stylish wardrobes of the entire cast, this film is pure eye candy from start to finish.
[Amazon]

There is something so asinine about this story that it must be placed among the most ludicrous and most fun of Kaiju films. This ludicrousness is what makes Frankenstein Conquers The World so darn endearing. Here’s the plot in a nutshell: The heart of Frankenstein is captured by Nazi soldiers, then taken by Japanese soldiers, then exposed to atomic fallout which in turn makes Frankie’s heart regenerate into a feral child who continues to grow out of control until he’s hundreds of feet tall, at which time, Baragon decides to show up and giant feral fisticuffs ensue! You can’t ask for much more mindless monster enjoyment than that!
[Amazon] 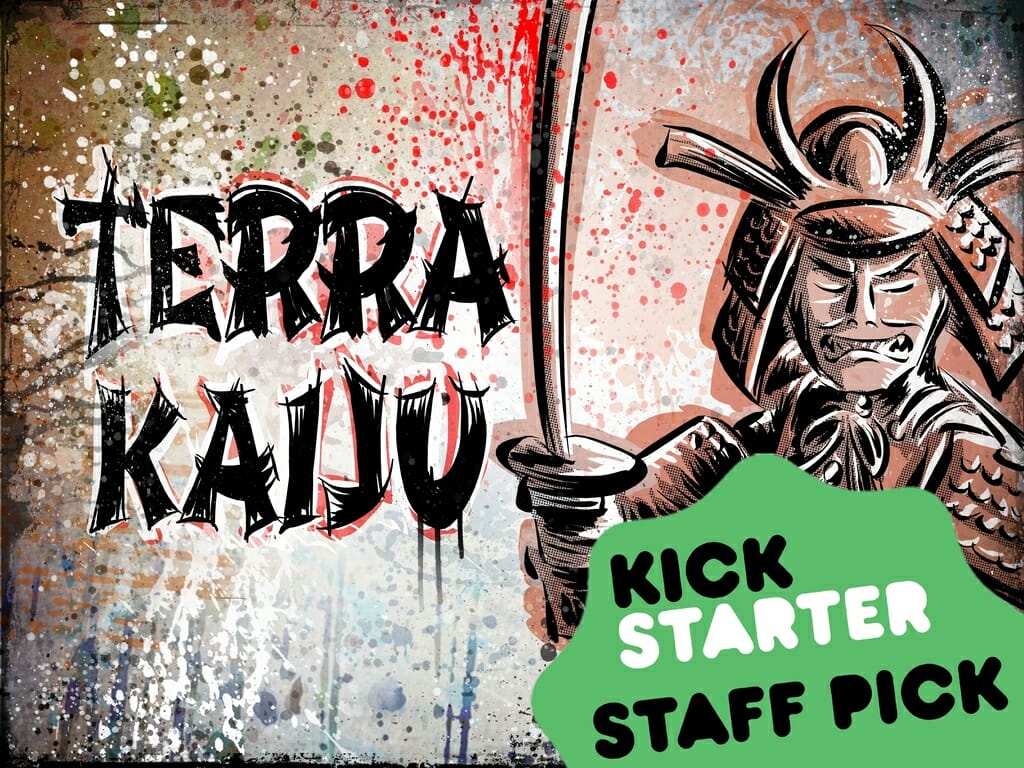 Terra Kaiju is a 25 page, saddle stitched, landscape format, One-Shot Comic Book. The story goes as this: Set in feudal Japan, an endless, embittered battle between two neighboring villages ravages Japan’s countryside. The battle will be decided by pitting the village gods against one another. At the heart of the story is our hero, Kohitsuji. He is young samurai who must sacrifice his life to his village’s sleeping god, Terra Ramu. Kohitsuji’s soul is then infused into Terra Ramu, thus awakening him for war. Terra Ramu, a 100 foot terra cotta samurai god must then defend his village from Hebragon, an ancient flying serpent demon god.

You can find out more about Terra Kaiju at Kickstarter.

Godzilla Minus Godzilla: The coolest Kaiju films that don’t feature The Giant “G”!