Warner and DC have released today the first “Green Latern: Rise of the Manhunters” video game trailer. It’s been a busy day for trailers but this one is sure to stand out.

The Green Latern video game is uber mega multi-platform. It’s out for the Xbox, PS3, Wii and the DS as well.

I’m never quick to buy computer games based on a movie. What was the last really good game you played that came out along with a big picture? Nevertheless, with Green Lantern: Rise of the Manhunters they have a wealth of comic book lore to base the game on… so it’s bound to be better. Right? 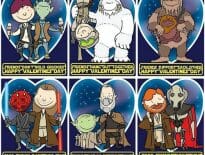