As far as I can make up Meekakitty is one of these DIY YouTube video hosts. I quite like the idea – teens showing their talent, rather than just claiming they have it, by essentially hosting and putting together their own show.

Meekakitty’s cleverly tapped into a meme of potential with her Star Trek song. It appeals straight at the geek natives who make the internet go round. Sure enough, the video was launched on the 26th of Jan, it’s now a few days later and she’s sneaking up to 600,000 plays. Blogs, like this one, who’d never have reposted her stuff before are sharing her music video. Success.

I quite like the song too – I mean, it’s dead simple, the music sounds like there’s a recording fault to begin with and I wonder if the backing dancers are wearing shades so no one can recognise them afterwards – but in terms of putting the effort in just for the social media success I think it’s pretty good.

Yes, there is that annoying outro – but all these shows tend to have something like that. We might think it’s out of place but it’s actually the point of the view.

Taking just a quick look at Meekakitty’s YouTube channel it seems that she regularly gets way over 100,000 views per vid. That’s pretty awesome but I’m sure she’ll consider the song a great success. 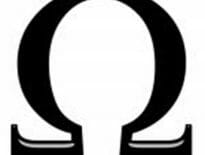