You are here: Home / Music / Healer Girls sing for us in their Healer Girl opening sequence

Music is traditionally an extensive and expensive part of anime. It makes the show memorable, just think of Attack on Titan, and it is often commissioned and designed just for it.

But that’s under attack.

Streaming platforms like Netflix let users skip the opening sequence and end credits, often where the theme music once ruled. Shows like Sing a Bit of Harmony are fighting back, weaving singing into the plot so that they become musicals.

You can see the characters in the poster below, from left to right, that’s;

Healer Girls sing for us in their Healer Girl opening sequence 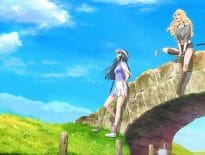 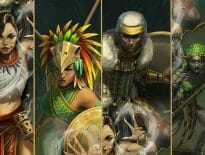