The fan made video Geek Native posted yesterday was Lazy Teenage Superheroes which was made with a budget of about $300. It was pretty good. There’s also the impressive Fallout fan film: Nuka Break. It’s a fan film festival!

Imagine, then, what a fan made film with similar talent could do for $1,200. Beyond Black Messa is a film inspired by Half-Life. It’s about a small band of reistance fighters trying their very best to get the message out and warn the world of the impending invasion.

A study of this film reveals seven types of awesome. It’s a challenge to the bloated movie making industry to up their game. I suspect projects like this will also help to ensure we continue to see hero, sci-fi and other geek pride movies in the big screen for a while to come. 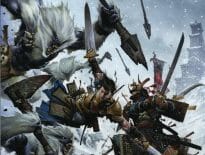