You are here: Home / Games / Tabletop & RPGs / Battlefield Press’s Double Spiral War to use the 12°

Battlefield Press, the company responsible for the Open Anime RPG system and Gaslight, has struck a deal with Rouge Games to make use of 12° rule system.

12° was created by Richard Iorio II and James Maliszewski, aka Rouge Games, and is used in games like Colonial Gothic, Thousand Suns and Shadow, Sword & Spell. The license seems to come as something of a surprise to the Rouge team.

“This is a system that James and I believe in. The fact that others have grown to enjoy this system makes us both happy. When we started Rogue Games, we never thought other publishers would want to use our rules.”

The press release suggests that Battlefield Press gets the exclusiveexclusive means that this agreement exclusively applies to Double Spiral War.

“I am excited about being able to release Double Spiral War in a system that is not only fun and interesting, but is flexible enough for the needs of the universe. I have waited a long time for the Double Spiral War RPG and 12° is just the system for it. We are looking forward to a long and lucrative working relationship with Rogue Games.

Don’t know much about Double Spiral War yet. There’s a page up on Battlefield Press but at the timing of posting there’s just a teaser “Coming soon” comment.

Battlefield Press’s Double Spiral War to use the 12° 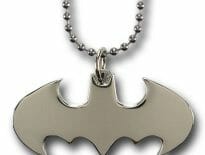