You are here: Home / Games / Tabletop & RPGs / Are Wizards of the Coast about to announce D&D 5e?

Update: A year after this post was written, Wizards of the Coast announced D&D 5e. It will be, in part, crowd sourced.

There’s some speculation out there in interwebyland that Wizards of the Coast are working on the 5th edition of Dungeons and Dragons.

Skip down towards the end and you’ll find a section called D&D RPG Product Releases and Updates. It begins with “Despite the best laid plans”. Here’s a quote.

Over at ENWorld and with a preface that said “This thread is meant to be optimistic” CleverNickName asked;

The game is changing. I mean, sure, it is always changing. But this time it feels like it’s more than just the ebb and flow of popular opinion and personal preferences. Maybe it’s all in my head, but it feels a lot like the days before 4E was announced. So I wonder…is the time ripe for 5E?

I rather enjoyed Maggan’s reply;

No. WotC still needs to see how the combination of DDI and D&D Essentials plays out commercially. DDI would be such an integral part of 5E (at least that’s what I would do) that they need to hammer that down before even thinking of changing to 5E.

I think we might see splinters of D&D4, like the Ravenloft RPG, that does experimentaion with mechanics, but no outright new 5e edition.

In one of my favourite posts on the subject, Keith Robinson of The Kyngdoms disagrees. He doesns’t think 5ed is on its way, not anytime soon, but does predict a restructure.

Personally, I’m not expecting 5ed anytime soon, not expecting WotC to disappear, and would certainly be very surprised to see Hasbro allow such a recognised brand as Dungeon’s and Dragons sold off to one of their competitors. I do, however, believe this is a restructuring, but not just an overhaul to streamline the brand and look for efficiency savings in tough economic times, but instead a radical readjustment of their position in the market.

I also think Robinson hits the nail on the head when he discusses the marketing challenges WotC has faced (and as a reminder: I work in digital marketing). Have you seen their red box advert appearing through Google’s Display Network? If you have then you’ll know what I mean. If you haven’t then that also proves the point – you’re clearly someone WotC should have been targetting.

Marketing and PR has also been constant problem for WotC. Right from the inception of 4ed, they got it wrong. I remember sitting in on the Gen Con UK official release announcement. It was terrible, mainly due to the fact that their approach wasn’t if you thought 3ed was cool, wait ’till you see 4ed… instead, it was 3ed was pretty crap, really, so we’ve decided to fix it was a new edition. Bad move. It seriously pissed a lot of people off, including me. I don’t like to be told that the products I’ve been buying for the last few years are a pile of crap by the company who sold them to me. It makes me feel like schmuck. Making your customers feel like schmucks is likely to lose you sales. I strongly suspect it did.

To a degree WotC could have done very little wrong with D&D 4ed. Sure; lots of people moaned and whined because they feared the effort they’d put into building their 3e and 3.5e collections would know be worth less – but many of these same people were always going to buy 4e anyway. However, WotC should have understood the challenge was to get these people onto the electronic subscription model.

As it happens it’s some of the monthly model that WotC are backing away from. Scott Wachter has a good summary of all the changes over at RPGamer’s Saving Throw. He says;

Thirdly, for D&D Insider subscribers, magazine articles will no longer be compiled monthly, you’ll have to download the articles individually as they are released.

Another Scott, this time Scott Malthouse of Trollish Delver has some insight on the whole ompiled PDF issue. He writes;

It was also announced that Dungeon and Dragon would ceased to be released as compiled PDFs, as data shows that more people read articles individually. I sure do. But there has been a bit of aggrivation about this decision as people are seeing it as the death of the magazines. I disagree. First of all, the magazines died when they were discontinued in print. I don’t mean the digital variations aren’t magazines, but they’re a different beast altogether. Where as once these flagship RPG periodicals were dripping with character, now they feel shallow and unimaginitive. However, we are progressing into a digital age where soon most treeware will become a thing of the past, instead put behind a paywall and viewed online. As part of this movement, the definition of what constitutes a magazine will also change. Now, a magazine doesn’t have to be collected together in a single format like a PDF because online there is little need to do this unless for viewing offline. Wizards will soon just be putting up the articles with no compilation. The monthly model will cease to be because it’s not needed. I’m ok with this. The web is dynamic and we need to learn to adapt.

There really is a lot of speculation.

Interestingly, the signal from the noise is that no one seems terribly surprised by the fact that Wizards of the Coast are having to do some significant shuffling.

People might disagree with the suggestion that Dungeons and Dragons 5 is might be here in a year or so – but no one’s spoken up to say it’s a stupid idea.

What do you think? Will we see D&D 5e soon? Do you think Wizards of the Coast have trouble brewing?

On the one hand I can’t see WotC trying an edition change so soon after launching the last stealth edition change. (Essentials is not the same line as the hardcovers, and there are subtle rules differences. I hate to use the term 4.5 but…) On the other hand I wouldn’t be surprised if the RPGs were absorbed into the Ravenloft style boardgames and those became the new “5e.” It would look a lot like Gamma World with board games and collectible boosters.

I also wonder about their investment in character builder. They’ve only just ported the program onto Silverlight (or was it Air?). I suppose you could argue that such a change makes it easier to launch D&D 5 but I don’t see them doing such a major software release months before a new game. A year before a new game? Easily.

A lot of people have fled over to Paizo because they do not like 4E and because of the way they are now the game. Hopefully, if they do announce an upgrade, they will be upgrading the way they have organized the games and how they are publishing mods (since rumor has it that mods are very slow in being released), not just how the game is played.

A lot of people have fled over to Paizo because they do not like 4E and because of the way they are now running the organized games. Hopefully, if they do announce an upgrade, they will be upgrading the way they have organized the games and how they are publishing mods (since rumor has it that mods are very slow in being released), not just how the game is played.

Yeah. I saw Pathfinder mentioned more than once while researching this post. In many ways, I think, this is down to Paizo being clever just as much as it is due to WotC’s struggles.

My gaming group switched over to Pathfinder after giving 4e about a six month try out. It’s just a better fit for our playstyle. I have to assume that Paizo is benefiting from both a clever marketing strategy and the sort of gaming inertia that keeps some people playing od&d to this day.

Are Wizards of the Coast about to announce D&D 5e? 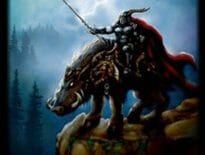 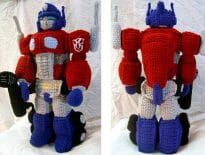