RockYou, the social gaming company made famous and successful by Facebook, has bought the Manchester based Playdemic.

The future looks good for Playdemic. They purchase means they’ll have heavy targets to meet and probably a change of working but this acts as one heck of a “save point” for the company.

In addition, RockYou are saying that Playdemic will operate independently has a studio designing Facebook games for the mainstream. Paul Gouge, who founded Playdemic, remains with the company.

A big name of note behind Playdemic was Ian Livingstone – the co-founder of Games Workshop and life president of Eidos. We don’t know the terms of the acquisition but this blogger suspects Mr Livingstone made a bob or two. 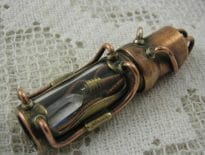