You are here: Home / Geek Stuff / Interviews / An interview with Dan Abnett 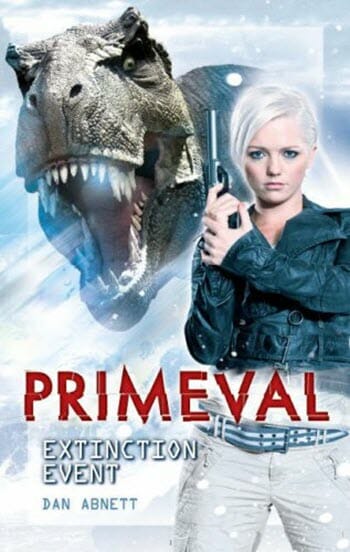 Warhammer and 2000 AD geek natives will be familiar with the name Dan Abnett. Marvel and Dark Horse fans will also know him. That’s an impressive tally of geek cred. It is little surprise then that Dan’s one of the big names reached out to by the masterminds behind the relaunch of Primeval.

Dan Abnett’s Primeval book “Primeval: Extinction Event” has an Entelodon rampage through London, causing destruction and death and resulting in Cutter deciding a new approach in handling anomalies is needed. It’s the appearance of a mysterious Russian scientist that really ramps up the tension, though.

Q1. How did you discover Primeval? What were your initial impressions?

Dan: I’d seen the first season, then I did a crash course (including set visits etc) when the producers asked me to write a Primeval novel. I liked it: a strong, exciting concept with lots of dinosaurs!

Dan: Probably Connor, because he provides us all (including the writer) with a source of light relief in the face of chomping dinosaur danger.

Q3. Where did the Entelodon choice come from? Is the giant boar your favourite dinosaur-cum-ancient animal?

Dan: Not precisely: I just wanted to use something a little different and less ‘classic’ from the prehistoric monster playbook, considering I was heading towards two of the all-time faves later on.

Q4. Is there a soundtrack or album you think Extinction Event will do well to be read to?

Dan: Actually, though I love music, I can’t write with music playing (unless it’s very wordless and/or ambient) as it gets in the way of my thought process. For this, I’d probably recommend something very robustly and ironically heavy rock-ish like classic Rush. 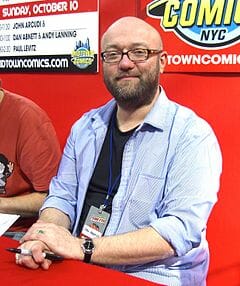 Q5. How does writing a novel like Extinction Event for Primeval or Border Princess for Torchwood where there’s an established-by-TV universe compare to writing something with a more niche audience?

Dan: I suppose it’s the basic difference between trying to remain true to something pre-established and extending that ‘world’, or creating a world from the ground up. A lot of things I do, like comics and Warhammer novels, are the former even if they don’t have a TV show attached. When I write original novels, like Triumff: Her Majesty’s Hero or Embedded for Angry Robot, I have to do a lot of personal world building and exploration. It makes a nice change to switch between the two.

Q6. You wrote the screenplay for Ultramarines, the first official Warhammer 40K movie. What do you make of the movie? As good as you hoped?

Dan: It was great fun to work on and a fascinating learning experience. I think the end result is pretty damn good, particularly given the gigantic expectations any 40K movie was going to be up against. It’s tight, simple, dynamic and atmospheric, and a great starting point for anyone interested in Warhammer 40,000.

Q7. Can you give us any extra insight into The Annihilators?

Dan: The Annihilators are like the Cosmic Avengers: a superhero team made up of the biggest and most powerful cosmic heroes. Quasar, Silver Surfer, Gladiator, Ronan the Accuser, Beta Ray Bill. They’re picking up the legacy of the much missed Guardians of the Galaxy to be the Universe’s front line first responders. I can’t think of another team this powerful.

This blogger turned to his resident comic book expert, one Mr Paul Wilson, for additional questions for Dan. However, all he received was worshipful mantras from a frothing fan boy being offered the chance to ask a deity questions directly.

Q8. You’re very popular among comic fans and have a heck of a lot of support. Does any of that impact your work or creativity?

Dan: Absolutely. It’s great to get positive feedback, and to know you’re doing something right, but I also try to listen carefully to everything, to learn from mistakes or to judge the likes and dislikes of an audience. I don’t want to listen to rants of hate-mail, but decent, valid criticism is a useful thing. Writing can be quite an isolated occupation, so reader support can be very important.

We’re left to thank Dan for taking the time on this interview and to remind readers that the new series of Primeval is currently on TV.

An interview with Dan Abnett 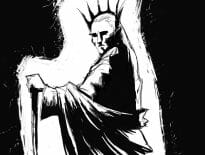