I’ll admit it. I’m not that much of a fan of racing games. Mainly this is because I suck at them. I remember when Project Gotham for the Xbox would tell me it couldn’t find anyone worse or of equal skill to me on Xbox Live and I’d have to accept playing against people better than me.

Another reason I’m not always a racing game fanboy is that, well, speed doesn’t thrill me. Going fast doesn’t make it fun.

Gymkhana, however, is fun.

If you’re not familiar with Gymkhana then it’s best described as racing-meets-stunts. It’s a freestyle approach that makes use of a heavily modified car. The drive Ken Block is synomymous with Gymkhana as he pioneered the style.

Stepping up to the mark are Codemasters who’ve added a gymkhana game mode to DiRT 3. In fact, Ken Block was a technical consultant for the game.

What do you think? Think this adds something extra to a serious franchise or is it just another side game? 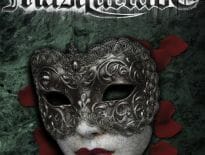